This is going to be a fairly short post this week. Why? Because I have very few beauty products that are favorites. I have really, really sensitive skin – that has gotten even more sensitive in the past, oh, two years or so. I have yet to find a facial cleanser that does not make me feel like my face is on fire and in danger of falling off my skull – even the so called “for sensitve skin” products. Same goes for moisturizers. Which really sucks because my skin is dry too – I can play pictionary on it with my fingernail. It’s just sad.

BUT there are some things I have found that work for me, though, and have a permanent place in my life. 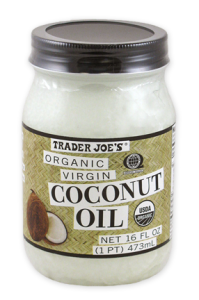 Coconut oil – Seriously, I love the stuff. So many uses and I definitely use it because it doesn’t make me hurt or make my skin break out. I use it as a eye makeup remover, hair treatment (sometimes with other things but it’s fabulous on its own), on dry, cracked skin in the winter, as lip balm in a pinch. And there are other uses, too, but those are hte big ones.

Aloe Vera Gel– Not the kind with any alcohol or coloring or all the things you can’t pronounce. The best is straight from the plant but if you use a good amount, hit Amazon and find some. It’s worth it.  Aside from the wonderful healing properties of aloe vera, there’s a lot you can do with this stuff. Seriously, Google it. The big thing I use it for is “aloe packing”. Since my skin is so sensitive and try this has been a life saver (and you would never use the icky green gel that is full of chemicals and alcohol for this!) and I just started doing it. Basically, you put the gel on your face, and you wait for your skin to soak it all in, then you put on an other layer. You do this until your skin just won’t absorb anymore. It’s lovely and soothing.

Say Yes to Coconut Lip Balm – This is the lip balm I carry with me everywhere. I love it. And my lips thank me for it.

Slow It Body Wash and Lotion – I discovered this whilst getting the hair ripped from my legs. A truely joyous experience. I don’t use this on my face, mind, but I love it for everything else. The first ingredient listed? Aloe. LOVE. It keeps my dry-ass skin hydrated and feeling smooth. And it really does seem to slow hair growth down. So win. These are products sold through European Wax Centers, and I’m not sure you can order online or anything. I just get mine when I endure the torture in the summers. (But I buy enough and still use even when I’m not waxing. It works and I’m not straying from it).

And that is it from me. I don’t really have any fave makeup – mostly because I suck at makeup so I rarely wear it.

Happy Wednesday! Today’s topic is whether we agree or disagree with the old adage “Write what you know” and why.

I didn’t realize how tough a question this was until I settled in to write this post. I actually don’t have a definitive answer to this.

But (you knew that was coming, right? The big “but”), when it comes to writing, say the fantasy stuff, I do know it, because I make it up. It’s my creation, my worlds. I write notes (lots and lots of notes), I make sure everything is consistent and don’t change willy nilly. The rules of those worlds are concrete and remain so through the book and/or series.

As for writing from a male POV… Well, conversations in this house do get interesting. I’ve been known to ask the hubs and any other male foolish enough to hang around how they would react to a situation, etc. Not saying I write how a typical man would react, think or feel, but again, I build the character and him consistent thoughout.

See how it’s complicated? Yes, write what you know, but if you don’t know it…

1) Research the crap out of it – a profession, a specific event, a locale, a time period, etc.

2) Make it up, create something, but make sure it’s consistent.

And here comes another BUT… When it comes to making it up? That works when it comes to fantasy and paranormal. Even when it comes to building an individual character, but I’ll be flat out honest here, there are things I won’t write because I don’t feel I have the perspective or knowledge, even with research, to do it well. There are some things, I believe, that without firsthand experience, I can’t write effectively. And I’m okay with that. I’ve enough to work with, and plenty of fantasy/paranormal stuff to keep me busy. LOL

So yes, write what you know. Research. And feel free to make stuff up, but FFS, be consistent. There, that’s my answer. LOL

And that’s all I’ve got this week. It’s been a rough one, a tad stressful so far. So this is me tonight….

Okay, that MAY have been averted by channeling Olivia Pope (from Scandal)

Until next week!
Hugs,
~J

I have many things I spend way too much time doing – I can procrastinate with the best of them, believe you me. But I don’t think my list of things I waste my time on is going to be much different than anyone else’s.

Reading – A constant my whole life. Best form of escaping, then, and it’s no different, now. Whether it’s a good novel, and interesting non-fiction read or a filthy fanfic, reading is a big part of my life. You won’t hear me say often that anyone can spend TOO much time reading, but for me… Yeah, sometimes, I’m reading when I should be doing something else – like finishing a book. *hangs head in shame*

TV/Movies – More TV than movies, really, but I’ve been known to marathon some good films. But I definitely watch too many TV shows. I very rarely watch episodes when they air on TV. No, I wait until later when I can watch and watch and watch…

Yeah, Merlin, Dr. Who, Broadchurch, The Fall, The Walking Dead, Arrow, The Flash, Friends, Psych, Supernatural…. Honestly, the list goes on and on. I have to be super strict with myself not to start watching a show when I should be working, because, despite my best intentions… 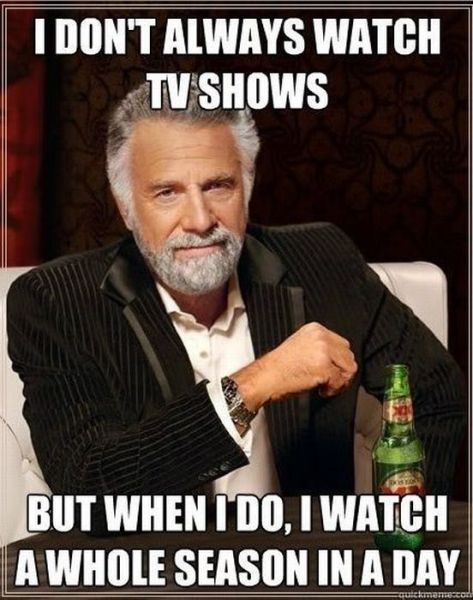 Social Media – Twitter and Facebook? I look at the clock and realize waaay more time has passed than I thought. And anyone who knows me knows I spend more time on Tumblr than I ever should. it speaks to me. In so many ways. But mostly in this way… 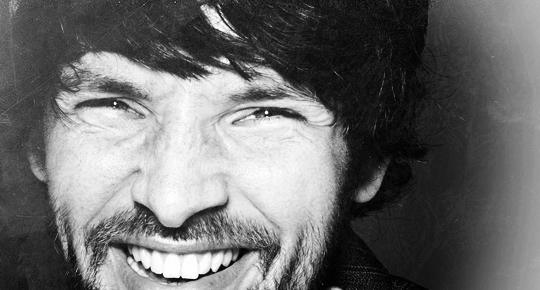 I could keep going but… Well, you see what I mean about spending too much time? I’m trying to finish a book! I’m on a tight deadline and pretties (aka the life ruiners) keep distracting me! 🙂

And that’s where I’ll end it. Those are my top three time sucks – reading, watching TV/movies, and social media…

Until next week!
Hugs,
~J

Despite the enormous distraction you are in my life, you are truly my happy place. What I turn to when I need some time away. I’ve so much to thank you for…

You make me laugh and make me think. You show me that I’m not alone in my thoughts, beliefs, and not even in my (apparently) strangely specific fetishes. 😉

And you don’t judge that Colin Morgan seems to embody all of these.

You are so much more than a distraction, though. You are an infinite source of inspiration when I’m writing and trying to picture a character – an expression or way of moving.

You never bring up the fact I look up more pretty men than anything else. You just get me.

And do I even need to bring up the enormous amounts of filthy fanfic you bring to me?

Yeah, I didn’t think so…

So, thank you, Tumblr. For brightening my days and being so awesome.

Well, I’m hoping this posts… I have been having blog issues lately – my blog has been down more than it’s been up. People are on it. People who actually know what they are doing (Meaning, not me) and hopefully will figure out what the issue is. *fingers crossed*

Anyhoo, the topic for this week is How Writing Affects My Life & Vice Versa. Fun, yeah? LOL

Being a writer…that’s not something I can turn off. I’m constantly thinking about the book I’m currently working on (Or another one. *snort*). So, sometimes, I…zone out. I admit it. The hubs is talking about something or one of the kids and tra-la-la, my mind wanders to a scene or something. I apologize a lot for not listening, and it’s not intentional. They’re all pretty used to it right now.

My family also get to hear my plot stuff out. My oldest son worked as a counselor at a camp over the weekend in the winter. It was an hour or so away, and I think I plotted out the enitre first Albion’s Circle book while driving him out there. Poor kid had to hear so much. BUT he’s pretty awesome and helped me figure shit out. So yay!

Writing affects my life in a somewhat negative way is when I’m on deadline, I pull late nights and am very crabby – especially in pre-caffeinated state. I don’t like being tired, and sometimes that seems like that’s all I am. LOL

Okay, now – how my life affects writing… Well the biggest way? It means I don’t get to write as often as I’d like. My husband and I have four children. Over the past 18 years, that has affected my writing. A LOT. It’s easier now that the kids are older; my youngest is 12. But still, school functions, concerts, programs, etc still hit the schedule and make fitting writing time more difficult.

That being said, I do childcare and most days of the work week, I three young kids here. You can imagine how writing what I write is difficult to do. So I focus on the children and the *other* day job. Yeah, another one. Why you ask? Well, the kids like to eat and the college years are upon us. o.O So I do what I can to help bring in some income. Not so different than most families out there, yeah? So after chasing kids, working, doing family stuff…some nights, it’s all I can do to stay awake, let alone get words in. But I’m working on a balance there, and some day, I may just find it.

And that’s where I’m going to wrap this.

Until next week
Hugs
~J

(Okay, I’m horrible at the wordless… I don’t really have pics from my childhood so I’m going with posting pics of things that come to mind when I think of my childhood… Some of them should embarrassment but I feel no shame. NO SHAME.) 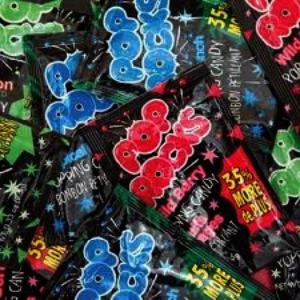 That’s it from me – time to get back to work. I’m certain the other ladies will have much more entertaining posts this week. Make sure to go check them out.

The Other 2/3 of Merlin Club

In Desperate Need of Words…and Caffeine
Blog at WordPress.com.